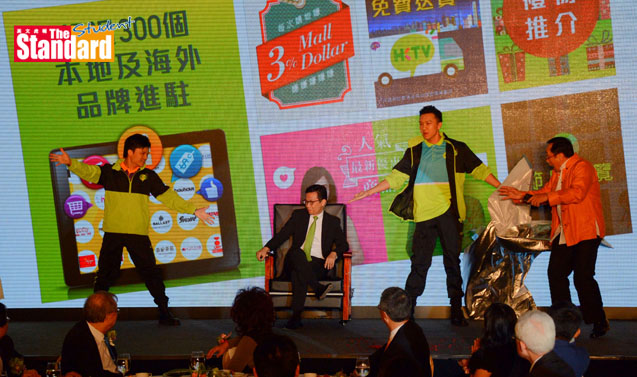 Hongkongers are starting to lose interest in watching television, because of to declining programme quality and changing viewing habits. Can the new HKTV service revitalise the city’s flagging local television scene – or is the medium doomed?

Its debut drama, The Election (選戰), added to the hype with a timely plot of a future female Hong Kong chief executive, just as the territory is embroiled in an epic political controversy over universal suffrage.

HKTV said it attracted a daily average of 560,000 viewers in its first week, a promising start. But is the initial success just a burst of spectacular fireworks, or will the station grow into a sustainable alternative for the viewing public?

Declining clout of TV
HKTV has emerged at a time when the influence of local television has waned significantly, both as a form of entertainment and as a prime force of popular culture.

Gone are the days when families spent the entire evening sitting in front of the television, and the programmes were major talking points among friends and colleagues the following day.

Wong Kwok-keung, a 24-year veteran in the field and HKTV head director, talks about this golden era of local television thus: “That was a time when TV led the local culture, when brilliant graduates flocked to work in the industry, which was also the centre of a web of creative industry branches.”

Back then, TV was the breeding ground for superstars like Chow Yun-fat, Andy Lau Takwah and Stephen Chow Sing-chi. But that was decades ago. “I can’t see local television wielding such power now,” Wong says.

Deteriorating content quality
UNSATISFACTORY programme quality has driven away viewers and drawn incessant consumer complaints in recent years. Industry analysts say the problem is due primarily to a lack of competition.

TVB’s dominance has been further bolstered by habitual viewing – people tune in night after night out of habit. The imbalance was so great that viewership was recorded even for TVB’s after-hours test screen, when programming had finished for the night.

No competition means a lack of incentive to create better content, or even to maintain a certain level of quality. While TVB squanders its advantage, competitor ATV simply lacks the resources to catch up.

HKTV = competition?
VIEWERS, of course, hope that HKTV will provide the much-needed stimulus for improvement.

The station’s line-up does seem to span a wide spectrum of topics – from cosmetic surgery to politics and even supernatural themes. But TVB’s non-drama production controller, Sandy Yu Wing-shan (余詠珊), does not see HKTV as a competitor.

She says building up a TV station from scratch is a monumental undertaking, with few successful cases in Asia. The content delivery system, source of revenue and promotion are all issues that have to be taken care of before a station should even start considering its programing.

But Wong says that his station need not clash head-on with the incumbents. It only has to tap into the 80 percent of people who are not watching TVB or ATV, and it is targeting a different group anyway.

Online vs airwaves
HKTV ‘broadcasts’ via the internet instead of the airwaves, and this mode of content delivery is viable, as is shown by the success of video-ondemand services such as Netflix, which uses common OTT – Over-The-Top – technology.

HKTV also employs the same delivery mode, which has the added advantage of supporting interaction with the viewer, who may choose when and where to watch the content.

Changing habits
RATHER, the more significant issue facing all TV operators, including paid cable television services, is the dwindling size of television audiences in general.

Many viewers are choosing to spend what used to be their TV viewing time on their computers. The younger generation, in particular, chooses the internet over conventional TV as their preferred pastime.

Hong Kong Information Technology Federation president Francis Fong Po-kiu (方保僑) observes, “Even young children know how to use tablet computers. In some families, probably grandma and granddad are the only ones sitting in front of the television.”

So, it seems that the ultimate question is not whether HKTV will survive and thrive, but whether conventional television will be ousted by the people’s changing entertainment preferences.