Plot thickens over the $15m dropped 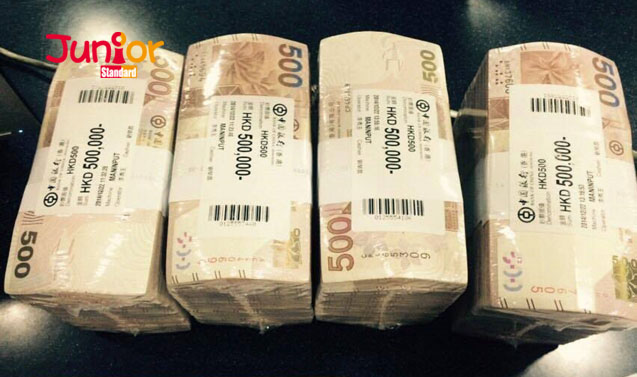 POLICE are investigating the possibility of a mechanical failure or even criminal intent after more than HK$15 million was dropped from a money transfer van onto a busy Wan Chai (灣仔) street on Christmas Eve.

According to a member of staff at security firm G4S, an armoured car was not used to transport HK$270 million in HK$1,000 and HK$500 notes for its client, Bank of China (中國銀行). Instead, a regular truck for carrying coins was used.

They said an armoured vehicle would usually be used to transport such large amounts of money.

At least three members of staff have been suspended for investigation.

Of the HK$15 million that fell onto Gloucester Road (告士打道), forty-five people had returned HK$7.91 million by 4.30pm on 30 December, but HK$7.32 million remained missing.

Three people, including two men and a woman, have been arrested for suspected theft. They were allowed bail and are required to report back to police in late January.

Police advise anyone who picked up banknotes from the scene to turn them over as soon as possible; otherwise they will be committing theft.