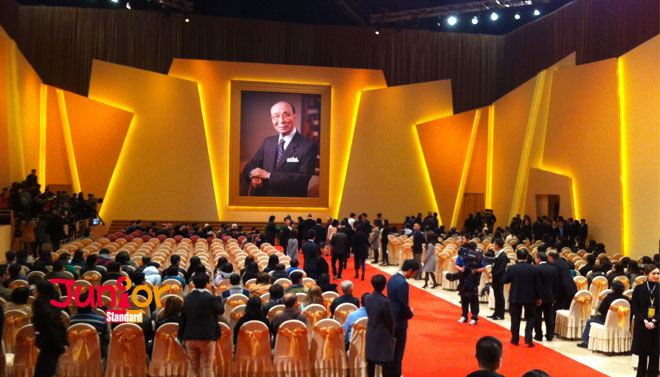 SIR Run Run Shaw (邵逸夫), the billionaire film pioneer, passed away peacefully at his home in Clearwater Bay Apartments (清水灣大廈), Sai Kung (西貢), at 6.55am on Tuesday. He was 107 years old.

Shaw introduced the world to kung fu films and his media empire once stretched from Singapore (新加坡) to Hollywood.

Devoted to charity, he donated billions to education, medical services and welfare in Hong Kong and elsewhere. He set up the Shaw Prize (邵逸夫獎) to reward scientists contributing to human wellbeing. The award is now known as the ‘Nobel Prize in the East’.

He is survived by his wife, Mona Fong Yat-wah (方逸華), and his two sons and two daughters.

Chief Executive (行政長官) Leung Chunying (梁振英) said Shaw was a well-respected man who had contributed greatly to the development of the Hong Kong film and entertainment industry. “The government and I are deeply saddened to learn of the passing of Sir Run Run and extend our deepest condolences to his family,” Leung said.