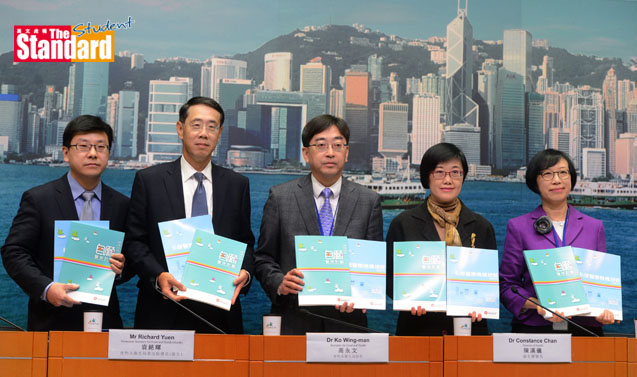 VOLUNTARY health insurance is being proposed – for a premium of HK$3,600, policyholders can be treated at private hospitals, have tests and non-surgical cancer treatment, and with no cost sharing.

Policyholders will be eligible for an average HK$450 tax deduction.

A source said the plan would be sufficient to cover private hospital care in a general ward when needed.

“One new feature is if the insured person goes to a panel doctor set out by the insurer, they might not have to pay a dime,” the source said.

The standard plan will cover room and board, doctor’s visits and prescribed diagnostic tests.

“The voluntary health insurance scheme is not a total solution to the problems of our healthcare system, but one of the turning knobs to adjust the balance of the public and private healthcare sectors,” Ko said.

High-risk individuals will be able to buy hospital insurance through a publically funded, high-risk pool, which will be open to all in the first year upon implementation of the voluntary scheme and limited to those aged 40 or below afterwards.

The policyholder will pay the premium with a loading of 200 percent on the standard premium.