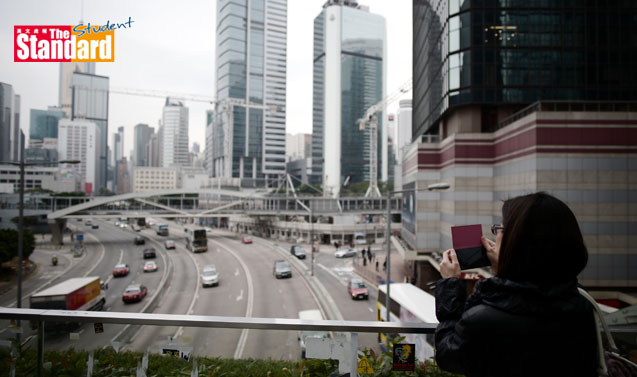 A total of 209 protesters were arrested during the clearance of the main Occupy protest zone in Admiralty (金鐘), which lasted more than 12 hours. But defiant protest leaders warned, “We will come back.”

The westbound lanes of Harcourt Road (夏愨道) were opened shortly after 9pm, with the entire multi-lane highway reopening by 10.45pm.

A police sergeant was admitted to the intensive care unit of Ruttonjee Hospital (律敦治醫院) in critical condition after fainting while taking a break.

In the early morning, thousands of police – armed with helmets, shields, batons, pepper spray and with mobile platforms at the ready – were deployed from various points to begin the clearance of the multi-lane Connaught Road (干諾道) – Harcourt Road – Gloucester Road (告士打道) stretch.

Violence was avoided as most activists left the protest zone before police began the clearance. Defiant students and pan-democrats said it was not the end of the movement but the start of a new phase of a mass movement aimed at genuine universal suffrage.

About 100 activists, student leaders and pan-democrats had positioned themselves on the corner of Harcourt Road and Tim Wa Avenue (添華道) well before the clearance began.

“Civil disobedience! Leung Chunying (梁振英) step down!” was the rallying cry as activists were arrested by officers one-by-one.

“Democracy now! We will be back! For the future, for Hong Kong!” shouted lawmaker Mo as she was arrested.

Many of those arrested were carried in a lying position through a makeshift “guard of honour” of police officers to waiting police vans.