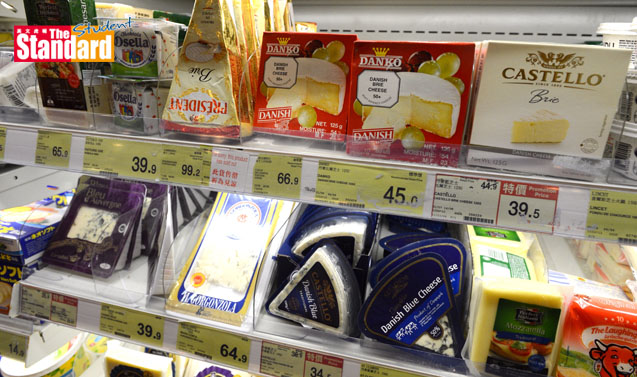 HONGKONGERS have unhealthy eating habits, consuming too much sodium but not enough calcium and other essential minerals, according to the Centre for Food Safety (食物安全中心), which falls under the Food and Environmental Hygiene Department.

It said the dietary intake of calcium is less than the recommended amount for more than 90 percent of the adult population.

An inadequate intake of calcium is one of the important factors causing osteoporosis, in which bones become brittle.

The findings also showed that about 60 percent of adults consume insufficient potassium but more than 60 percent also take too much sodium.

An excessive intake of sodium and an inadequate amount of potassium may increase the chances of developing high blood pressure, heightening the risk of strokes.

The total diet study on mineral intake was conducted between 2010 and 2014.

However, more than 60 percent of adults consume an average of 2.6g of sodium per day. The recommended level is 2g. The recommended intake of iron by the China Nutrition Society (中國營養學會) should be 12mg a day for men and 20mg for women aged 20-49, and 12mg for those aged 50-84. But the study found the average to be just 8mg.

“The public is advised to increase the dietary intake of calcium, iron and potassium by consuming more food rich in these minerals, such as dairy products, beans, dark green vegetables and fruit,” Ho said.

To avoid the overconsumption of sodium, Ho said consumers may reduce the use of condiments and sauces like salt, soya sauce and oyster sauce during cooking, and order food with less salt when eating out.

He also called for clear labelling of nutritional information on pre-packaged food.