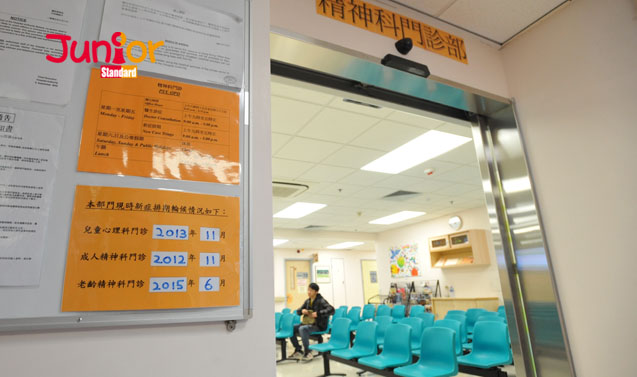 PEOPLE are traditionally scared of the mental condition called schizophrenia , says a psychiatrist. However, there are five new cases out of 10,000 people every year.

Psychiatrist Ting Sik-chuen (丁錫全) said, “Schizophrenia is mainly caused by congenital factors, while pressure from life is a trigger. Drug abuse is another cause.”

Schizophrenia is a chronic brain disorder in which patients often hear inner voices. Ting said schizophrenia is due to the brain producing too much dopamine (多巴胺), and taking medicine may control its production.

Ting said it is usually seen in 15 to 25-year-olds. Forty percent of new case are teenage patients. “Traditionally people are frightened by schizophrenia and they cannot accept the fact that they suffer from this illness,” he said.

He said stress at work and financial problems led to the mental illness. “I had auditory hallucination and felt I was watched by someone all the time,” he said. He sought medical help after six months. With compliance, he has not had any recurrence.

The New Life Psychiatric Rehabilitation Association (新生精神康復會) held a screening of the award-winning Shadows of the Past (《往日幻影》 ), a Filipino (菲律賓的) movie about schizophrenia on Sunday, to raise public awareness of this mental illness.